1,204 hospitals (162 of them specialized) and 3463 short-stay clinics operate in the Republic. The number of medical organizations increased in 7 regions of Kazakhstan. State authorities forecast that hospital accommodation capacity will reach 120,000. According to 2006 data there are 46 227 doctors and 106836 nursing personnel practicing in the Republic of Kazakhstan. There are over 200 wholesale medical equipment and pharmaceuticals companies in Kazakhstan.

Following its appointment as a WTO member, Kazakhstan has brought its local medical regulations in line with international standards.

The Kazakhstan Legislation Institute has just completed a draft of the Kazakhstan Healthcare Code which is to come into force in 2009.

Program of reforming and development of public health

This program was approved by the Government of the Republic of Kazakhstan and its main measures are:

In his message to the people of Kazakhstan, the President of the Republic assigned the Government to developing his program of “Building a hundred medical facilities”. The program will be realized under the partnership of the State with private enterprises. The Minister for Health, Anatoly Dernovoy announced that priority would be given to multi-purpose clinics providing a wide range of qualified medical services. The building of regional hospitals, clinics and blood centers will also take place in 2008. Municipal clinics and hospitals, as well as university clinics are planned for 2009. As well as these positive measures, the ministry will re-organize the current hospital system which includes 40 types of in-patient organizations, mostly maternity hospitals, dispensaries, etc.

Over 7000 pharmaceuticals are currently registered in Kazakhstan. The turnover of the Kazakhstan pharmaceutical market is currently estimated at $700 million per year in retail prices, and it grows by 12-15% annually.

Local production makes up 10-11% of the total turnover. A new shop producing suppositories of international standards has recently been opened in Shymkent.

The medical equipment market in Kazakhstan has increased rapidly in size over the last few years. Nevertheless, the market still strongly depends on the import of medical equipment, which makes up 90 % of its total capacity.

According to industry analysts, the high-priority sectors for investment within the sphere of medical equipment are: 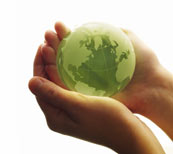